What is the Difference Between Botox and Dysport? 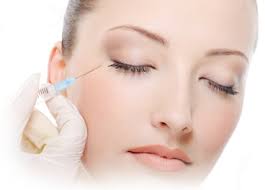 You can choose from Botox or Dysport at Raval Facial Aesthetics, but many patients wonder how to decide: “What’s the difference between Botox and Dysport?”  There are three ways you can compare the two products:

Botox is more common and well-known as a non-surgical treatment than Dysport.  Because it has been on the market and approved by the FDA (Federal Drug Administration) for longer, it has become the name for botulinum toxins.

Dysport® is a relatively new addition to the medical cosmetic industry in the United States. More recently approved by the FDA, Dysport is becoming more popular, showing to be a highly effective and cost-effective alternative.

“In some cases, patients feel the relaxing and rejuvenating effect of Dysport® sooner than Botox,” says Dr. Raval according to a recent study. Dysport can be especially effective in treating crow’s feet. Up to two thirds of patients may prefer Dysport treatment results for eye area wrinkling.

THE “PRICE” POINT (DIFFERENCE BETWEEN BOTOX AND DYSPORT)

Competition from Dysport is recent, and the price for Botox tends to be about the same.

Jeffrey R. Raval, MD, FACS uses both Botox and Dysport in his practice and as part of his ClubTOX membership.  By offering Dysport and patient membership, you have more choice in your treatments.