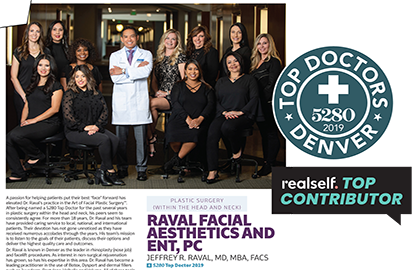 The Benefits and Risks of Getting a Mini-Facelift 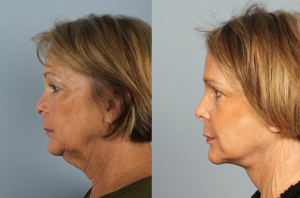 For anyone seeking a younger look or a rejuvenated appearance, getting a mini-facelift is an intriguing and potentially appealing option. Some of the advantages are obvious: a mini-facelift is less expensive and invasive than a full facelift, and the recovery period is shorter and less difficult. Moreover, the procedure is generally considered safer than a full facelift. And finally, for some patients, their appearance is more natural looking, with a less jarring transition from "before" to "after."
But the decision is sometimes more complex than it appears. Many patients have expectations for a mini-facelift that are unnaturally high, and they have no idea how to find the right doctor. To get the right results, candidates must be carefully matched to the appropriate surgical procedure, and the plastic surgeon must have the correct combination of skills and experience for the operation to be a success.

The first question that should be asked is who is an appropriate candidate for a mini-facelift. The best candidates are younger, with mild or moderate skin laxity the neck and lower face area, depending on the type of mini-facelift they wish to have performed. Older patients often come into the procedure expecting dramatic or semi-miraculous results and are disappointed when the skin isn't sufficiently tight to allow the operation to be a complete success. The goals of the surgery must be carefully defined, and expectations tempered if necessary.
Cost issues must also be factored into the decision as well. A mini-facelift generally costs from $3.5-6.5K, depending on the area and the surgeon chosen, while a full facelift costs from $7-15K.
The next step in the process is to determine the surgical procedures to be performed. There are several basic types of mini-facelifts: anterior, posterior and a short-flap mini-facelift, and all three procedures generally take several hours. Hospital stays normally aren't required, depending on the practice that is chosen and the standard procedures of the cosmetic surgeon.

In an anterior mini-facelift, the target area is the mid-face, with the primary goal of addressing looseness around the cheekbones. The procedure begins with the injection of a topical anesthetic into the area in front of the ears to numb the lower face and inhibit bleeding. A series of incisions are then made, starting just in front of the ear and moving up the hairline, and usually no shaving is necessary. When the incisions are finished, the fascial plane is lifted, pulled and then supported with deep sutures. Excess skin is cut away, with fine sutures used to close the small incisions.

The procedure is analogous for a posterior mini-facelift, which is designed to address looseness in the neck and jowls. In this procedure, anesthetic is administered behind the ears, and small incisions are then made behind the ear and up into the hairline. Once these are done, the skin is draped and repositioned, again using deep sutures. Extra skin is cut away, with fine sutures used to close the incisions.

The short-flap mini-facelift combines the two previous procedures, addressing issues in the neck, jaw line and mid-face. In this variation, incisions move up the hairline, following the crease in front of the ear, then continue behind the earlobe into the neck area.
As is the case with any surgery, there are risks and tradeoffs. The risks include bleeding, possible damage to facial nerves, infection and necrosis of the skin flaps. The primary tradeoff is the lifespan of the surgery; mini-facelifts generally last for 5-10 years, and the areas that are enhanced continue to be effected by aging, gravity, weather conditions and the elements.
Regardless of the chosen procedure, patients must be clear about the pre- and post-surgery instructions. Smoking and alcohol use are forbidden for at least two weeks before surgery, and products with aspirin or ibuprofen must not be used because they increase the risk of bleeding. After the operation, patients must wear an ace bandage that wraps under the chin and around the top of the head. This bandage can be phased out after the first three days, and is only required at night for the rest of the first week. Exercise and strenuous activity should be avoided for the entire two week recovery period, and painkillers and antibiotics are often prescribed to make recovery easier.